← more from
Kompakt
Get fresh music recommendations delivered to your inbox every Friday.

by Rex The Dog 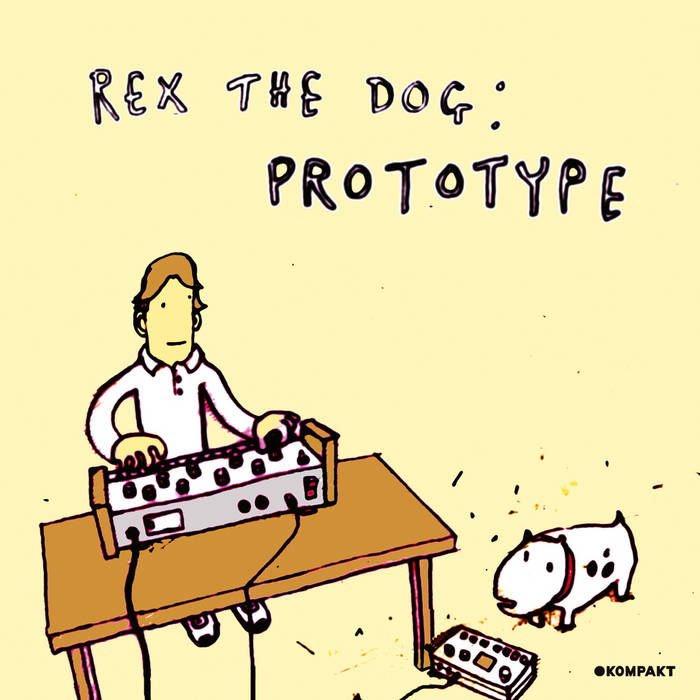 In the often-quoted 80ies, they would call it a 'smash hit'. A term as British as the mysterious guy from London who sends out his dog to take this monster hit into all the clubs around the world. The dog's name is Rex and 'Prototype' is his message - and it's probably the most trendy prototype of a brand-new digital format ever. Imagine someone, after having started his time machine, flying over the mountains and valleys of music history at bright sunlight and his dog snatching at everything that looks somehow interesting. A little bit of 1984, a little taste of 2011 and a long, extended free flight over 1990. At times when the human voice was replaced by bleeps and clonks and bands like LFO, tricky disko and Sweet Exorcist labelled the hysteria arising from techno music as glam pop 'Made in England'. 'Prototype' - definitely not retro at all - forwards one of the currently most beautiful quotation plug-ins. And it is also a prime example that techno music has already gone down in history and still is the planet's most exciting style of music. Thanks a lot. Thank you. Go walkies!

Bandcamp Daily  your guide to the world of Bandcamp